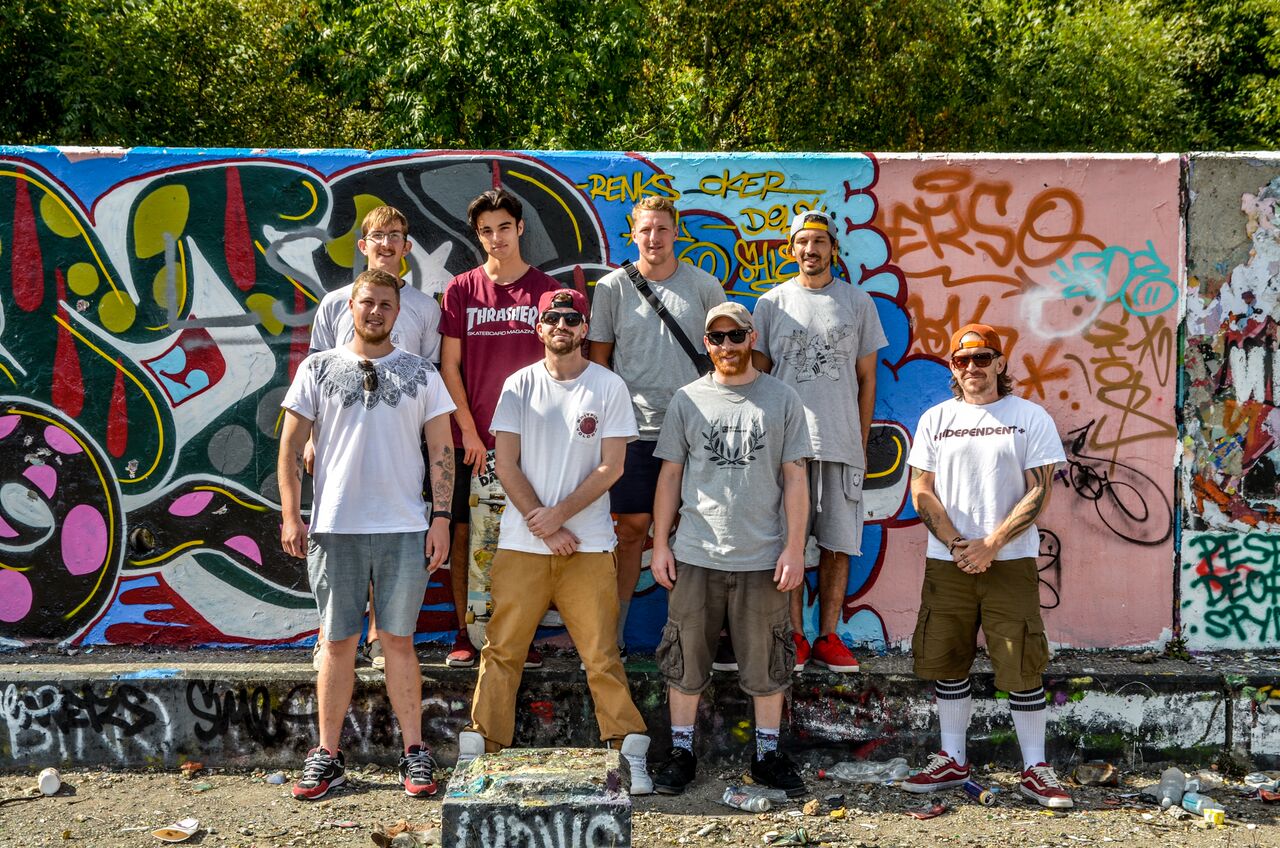 Just a bunch of fools on skateboards having a laugh.